How could the upcoming Ads for Facebook Messenger benefit your business? 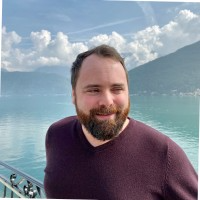 Facebook will soon be allowing businesses to send ads to people who have previously began a chat thread with them.

According to a leaked document obtained by TechCrunch, Ads will be arriving in Facebook messenger during the second quarter of 2016.

How can Ads for Messenger benefit your business?

Facebook is encouraging businesses to use their new recently released tool; the Messenger URL short link. This tool is already live for all Facebook Pages, using the format fb.com/msg/ – followed by the Facebook username of the Page. For example, fb.com/msg/wondermedialtd

Businesses can then share and promote their unique short link across the web; such as on their website, social media or email newsletters. When a user visits the link, it will start a conversation with your company through the Facebook Messenger app, or on Facebook desktop site.

How will Messenger ads be used?

At the moment, this isn’t completely clear. However, TechCrunch speculates that the ads could be used to let customers know about discounts and promotions, new product launches, or perhaps a video or image created by your business.

Will it take off?

Depending on how the ads are used, it could be very irritating to users; and as with most marketing methods, there is a high chance it will be used by spammers.

What sort of measures Facebook plans to implement (in order to prevent misuse) remains to be seen, but Facebook will likely aim to steer clear of angering its users – as they won’t want to give them a reason to abandon Messenger for a rival platform.

As with most significant changes, Facebook will begin testing Ads for Messenger before a gradual roll-out – so there’s a chance that it could receive a high amount of negative feedback during testing, which could result in the feature being scrapped before it can even get off the ground. However, with that being said, we believe that ads for Messenger could prove to be a valuable tool for businesses – which when used correctly, will also benefit users.

Why not give the new Facebook Messenger short link a try with your Page?